In lieu of last week’s novel, I’ll keep this short.  I’m turning 21 tomorrow (woohoo!), so I thought before I did I’d reflect on last year’s 20th.

It was a pretty good birthday!  I went rafting on the lake with some friends.  The raft was too small so it kept sinking and flooding and only one other friend would fit, so the other two left and went to Salsarita’s, but it was still fun.  I love a good adventure.  After that my family took me to O’Charley’s for Free Pie Wednesday, and they kept joking that the pie was my birthday cake because they forgot to get me one and it was really funny.  Then we got home and I was like, awww yeah, where is it?  Family knows I love surprises so they hid my cake.  And then my parents told me it was never a joke and that they really did forget, so I was all “WHY DON’T YOU LOVE ME” in hopes that maybe they would feel bad and fill the hole in my heart by making me one, but they thought I was being overdramatic and went upstairs to watch a movie.

So then, even though it was petty and stupid (they did lots of other nice things for me earlier), I went into a miniature no cake-induced existential crisis over no one in the world caring about me and full-fledged moped.  And this went on for about two hours, as I watched…The King of Queens, I think it was, imaging my future birthdays with my UPS husband forgetting my birthday then taking me to Free Pie Wednesday instead, or maybe even getting me a McDonald’s apple turnover for our anniversary, and poor me whittling away to dust because even though the worst problem in my life was not having a cake, it was enough to kill me.  Pity party was in full-swing.  I had almost accepted that my 20th birthday would end in some kind of an important life lesson about appreciating what you have and not what you don’t–ie. a cake–but then, at like 11 at night, I had this big emotional moment where I bolted up and was like “you know what? Even if they don’t love me, I love me,” and resolved to make my own.

Tried to make my own.

After it finally made it out of the oven, this is what it looked like: 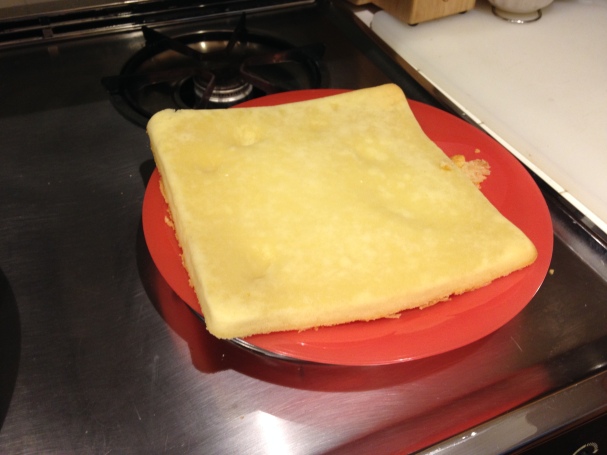 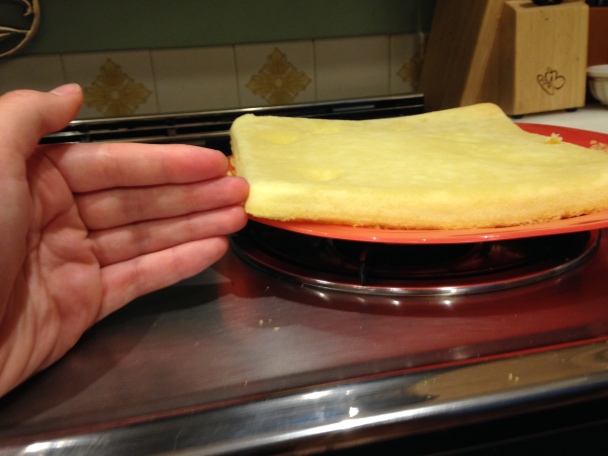 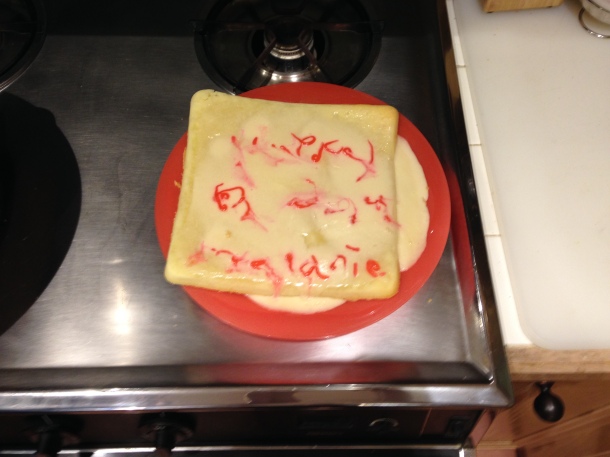 And thus, I learned that there are some things worse than Free Pie Wednesday.

Happy birthdays whenever they may be, skillets,